Homeopathy is a philosophy and art of medicine that is mostly unlike anything, outside of vaccinations, that is found or understood in traditional medicine.  The use of homeopathy is exciting, exceptionally helpful, and very inexpensive (much to the chagrin of big medicine and the pharmaceutical companies).

In future blog posts I hope to give a little of the history of Homeopathy and explain Homeopathic Remedies; how they are made and used.

In this blog post I want to explain one of the misconceptions about what Homeopathy is.

In the last couple months I have seen three blogs (not here) where someone will say they are using homeopathy when they are using essential oils, herbs, or any  number of other natural remedies.

While homeopathic remedies are made from plants, minerals, animals, and diseases, the simple use of oils, herbs and the like isnt using homeopathy.

I will explain -
A true homeopathic remedy is made following a specific method that when done correctly might not have even a single molecule of the original substance being originally used as the basis for the finished remedy.  (In future blogs I hope to explain this method of making homeopathic remedies.)

Additionally, if an essential oil or herb is used as the original substance the finished homeopathic product will generally have a completely different effect on the body.
Here are some examples:

*  The lowly and often despised dandelion (Taraxacum officinale) has been used as an edible plant.  With the exception of the stem the entire plant has been used as food; a food that is often considered one of the most nutritious wild plants available.

As a medicinal herb the dandelion has been used to dissolve warts, help the body flush out toxins, reduce excess stomach acid, and stimulate the kidneys.  (This is only a small partial list of the herbal uses of dandelion.)

A homeopathic remedy made from the dandelion, properly used, can help someone with nightmares, headaches, painful eyes, nausea, diarrhea, pain in various areas of the body,  and the list goes on. 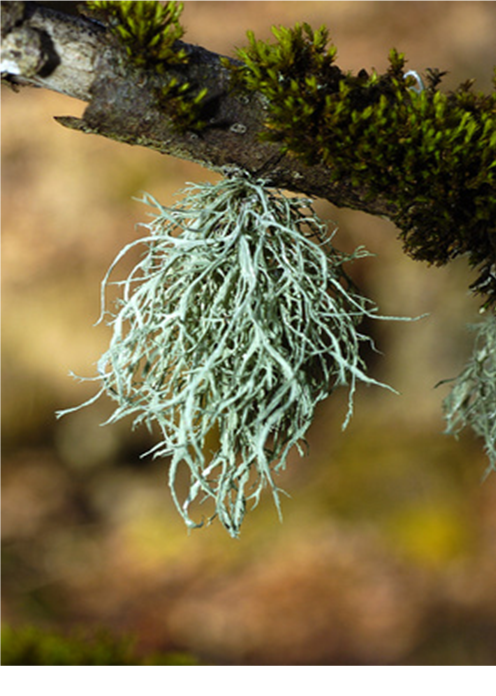 *  One of the tree lichens, Usnea, is considered by some to be a survival edible containing Vitamin C and carbohydrates (Ive tried it and do not like it.).

A TRUE Usnea lichen, properly prepared as an herbal, is considered to be one of natures best and safest broad spectrum antibiotics (gram positive problems) and an anti-fungal.

However when prepared as a homeopathic remedy it is used for severe throbbing whole-head headaches and for sunstrokes.

*  The skin irritating Stinging Nettle (Urtica dioica/urens) is considered the best and most nutritious of natures wild foods.  (I LOVE eating properly processed Stinging Nettles and have a YouTube video showing how I like to make them into a food.)

As a medicinal herb Urtica has been used for many things including arthritis, to control dandruff, and considered one of natures best antihistamines.

When properly prepared as a homeopathic remedy it has been used, among other things, violent itching, vomiting, painful abdomen, itching rectum, suppressed milk production, various body pains and inflammation, and skin eruptions.

I will give one more example, hydrogen peroxide.
*  We know hydrogen peroxide as good for sanitizing surfaces and flushing a wound ( there is some recent dispute about the prolonged use of HP on wounds).

However when hydrogen peroxide is properly processed into a homeopathic remedy, and properly prescribed, it is considered to be excellent for (Im going to quote here from a presentation, and resultant publication, made by Gustavo Dominici M.D. and Mauro Dodesini, DVM):

"Hydrogenium peroxidatum proved to be an excellent remedy in approaching problems of ageing.  Our patients referred a return of mental brightness and joie de vivre, interest and active participation in life; signs of mental and physical decline were also removed.  We should also underline the recovery of damaged hearing capacity in two old patients, as well in two dogs.  The use of Hydrogenium peroxidatum in animals, where objectivity of symptoms and recovery are incontestable, enriches our case record, allowing us to use it in some serious cases.  We could especially confirm the recovery of decision-making faculty of ill subjects, and the restoration of significant neurological symptoms.  Eruptions on limbs, bothersome and persistent, extreme weakness, coryza associated with sensory dullness must also be emphasized.

I hope these examples clarify how the use of herbs, essential oils, and other forms of natural medicines is not the use of Homeopathy.  Homeopathic Remedies, while they can be made from these substances, most often, but not always, give entirely different results when given to stimulate the bodys own healing capacities.

Future blogs should be fun, interesting and educational for anyone with an interest in Homeopathy. PART 2 HERE

Footnote:  My intent is to relay what my research or personal use has shown me.  I am not a medical professional and in this and all future blogs am not intending to prescribe anything for anyone or as a remedy for any malady.  If you are ill I would suggest you consult a professional.

With the rising costs of groceries, you may have noticed your budget rising, too.  Learn how easy it is to save money on groceries right now - No Coupons Necessary!

A Grocery Store in Your Home, e-learn

It's About Time e-Learning Class

Life is busy - Learning to manage and prioritize your time is essential to how busy you FEEL.  Learn to make more time for yourself, your family, and everything else!

No events scheduled at this time.